Google Maps is a web mapping service developed by Google which offers satellite imagery, street maps and 360° panoramic views of streets, real-time traffic conditions and route planning for travelling either by foot or bicycle or car or any other public transportation. It is widely used or comes pre-loaded on the user’s phone that doesn’t mean it is the only option that the users have. Google remarkably provided a comprehensive mapping data with additional features such as satellite representation and the street view which misses some crucial features like real-time offline map downloads & multi-stop navigation. Now let’s look for the best Google Maps alternatives which are furnished below. 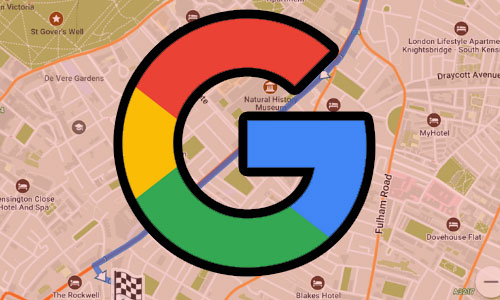 The top 10 Google Maps Alternatives are as follows:

MapQuest has been a reliable source for maps driving directions for many years. Mapquest is cool mapping experience which brings features that are missing in Google Maps offering with multiple modes of transportation including Uber and Car2go. There is a support for real-time traffic and other details like accidents and road openings etc. It is available as a website and as an app for Android, iOS and Windows Phone.

Navmii which is previously called as Navfree is a very popular mapping app that covers up whatever Google Maps is missing. It brings real-time updates like traffic details, accidents & road works. Voice guided turn-by-turn navigation is supported with alerts for traffic, speeding, hazards & safety cameras. This app also has integrated Google Street View which is certainly a great considering feature of Google Maps which also shows the nearest parking spots, gas & petrol stations and many more. It has a cool Driver score which helps the user to know more about their driving skills.

Bing is the second largest search engine after Google and offer Maps with superior mapping services. The fact is that it involves in partnership with Microsoft which made it one of the biggest competitors of Google Map. Apart from the GPS feature, the user can have an access to route maps, direction while driving, clear flow and traffic updates by sharing the maps. The user can get required information about how to reach the destination either by public transport or by four-wheeler that gets an info on local services in 3D etc.

Rand McNally is a well-known for their printed maps and atlases, in which their first map dates back to 1872 issue of Railway Guide. Later the company has grasped to the changing technology with navigation softwares & GPS devices.  The users can select maps & directions from the top navigation. The users can pop in the starting and ending points to receive both the directions and can add stops along the way, reverse the route and view round- trip directions.

Here Maps bring accurate public transit and indoor maps with traffic details, reviews & ratings & places and private location sharing more. It lets the users to download the maps of cites and more countries by turn-by-turn navigation. Its USP in these three years has been its prized offline with navigation feature. It offers offline support for more than 100 countries like India, US, France, UK, Canada, Italy, Spain and many more.

It is a community driven map service which is fast in navigation and very intuitive. Its highly interactive system which lets the user warns the other drivers about changes in traffic, speed-cams, and hazards on the roads that proved so popular and continues its existence as a separate entity from Google Maps. The user can get the information about the gas & petrol stations nearby and under construction sites, accidents, speed cameras and other information that is updated by millions of Waze users.

City Mapper excels and aims at people who make their way across the city through public transportation. It makes the public transit a lot easier, thanks to its real-time data & other features. It includes a multi-mode journey planner that covers most transit ways including subway, bus, metro, cycle, trains, rail and many more that helps the user run with real time suggestions. It supports Android & iOS smart-phones which have an easy access to reach the destination.

Back Country Navigator details the topography of the land perhaps on mountain-side or in a dense forest. It is designed with hiders and outdoorsy types in mind. This map uses GPS waypoints and allows the users to do manual things like enter the latitude or longitude of the location.

Sygic Map offers the functionalities that the users look for in a map service. It is considered as a good alternative to Google Maps that the user can access the map even there is no internet connection. Sygic maps helps the users to advice on parking, points of interest suggested by trip-advisor street guidance, voice navigation & warnings on speed limit while driving. It offers its paid version with premium functionalities like traffic information and entry to locations with speed camera.

Co-Pilot GPS is a widely used app that is available to download for free on Android, iOS and Windows Phone with its premium features rather than more attractive. The users can use the map offline in the absence of internet connectivity and plan trips on your trips on smart-phones or tablets and it locates nearby restaurants, gas stations & parking zones. If the user is upgraded to a paid version, then the user is equipped with premium features like turn-by-turn voice navigation, 3D street views, real-time traffic information, speed limit alerts and safety camera warnings etc.